Most chic Masai Mara lodges are strategically located in the route of seventh wonder of the world, the wildebeest migration in the 1530km2 Masai Mara Game Reserve. These Masai Mara lodges allow visitors to have unobstructed views of the wildlife and theunpredictable drama that unfolds in these vast picturesque African jungle plains.

For quick access, the Maasai Mara has an airstrip that opens it up to the rest of Kenya. Below are reviews of Masai Mara lodges in Kenya 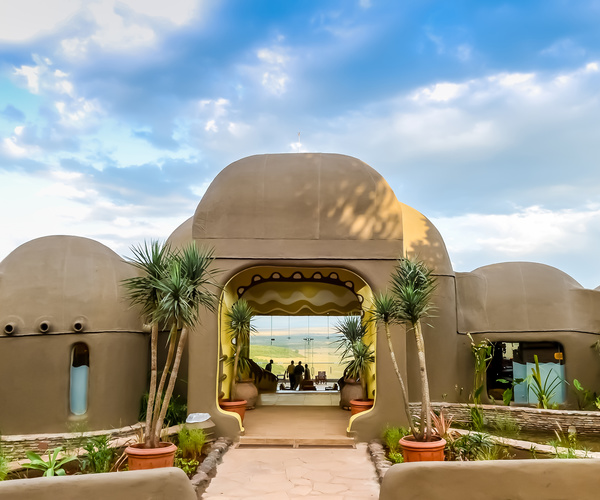 Tucked atop of a hill is the Mara Serena Safari lodge. Its hilltop placement ensures its one of the Masai Mara lodges whose guests get the best view of the vaunted wildebeest migration. Its design is heavily influenced by the Maasai tribe culture and embellished with their artifacts.

It’s also in a vibrant birding destination home to roughly 500 species. From the lodge visitors can witness the great wildebeest migration unfolding in the plains. Each room has a balcony overlooking a watering hole where hordes of wild animals quench their thirst. 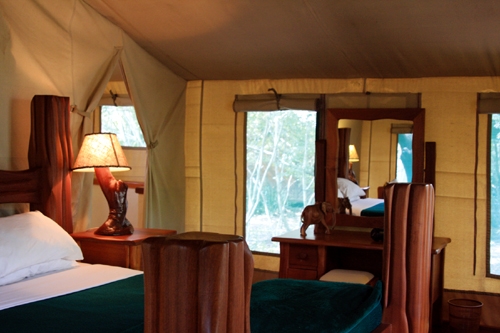 One of the most unique of the Masai Mara lodges is the Mara Simba. It was conceived as a Safari and Cultural lodge and borders River Talek. The design of this 84 roomed lodge is heavily influenced by the Masai tribe culture. The lodge also has luxury tents located where wildlife and nature mingle and abound in plenty. It has lush landscaped gardens with colorful birds and butterflies.

The lodge has the distinction of being one of the few lodges in Kenya, with a waste water treatment plant. 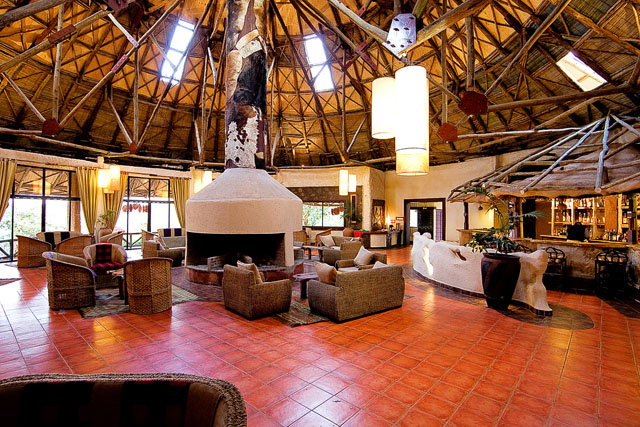 Maasai Mara Sopa Lodge lies on the slopes of Oloongams Hills. It was one of the first lodges built in the Maasai Mara. It offers a convenient view of the wild animals and the reserve’s flora and fauna that makes up the Maasai Mara Reserve. Tourists hosted in Mara Sopa can go on excursions like nature walks, game drives birding or ballooning. 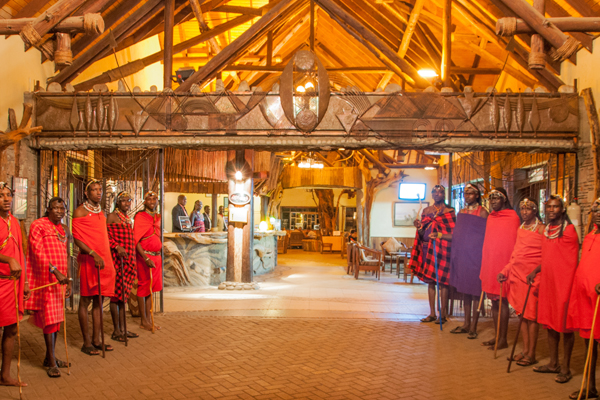 The 102 roomed Keekorok Lodge of all the Masai Mara lodges was the first lodge built at Masai Mara in 1962. It lies on the route of millions of wildebeest and browsers migration. In migration tourists get to see the millions of browsers from their windows. As it’s not fenced, wild animals’ roam right into the lodge’s compound. Besides seeing the wildlife bush dinners, nature walks and foot safaris can be availed to tourists.

Located between two wildebeest crossing points on the Mara River is the Royal Mara Safari lodge. It borders the Leopard Gorge where BBC TV shot the famed Big Cat Diary. It has eight luxury suites perfect for honey moons. The Royal Mara also has tented camps near the hippo bend lagoon where all Africa’s Big Five are visible.